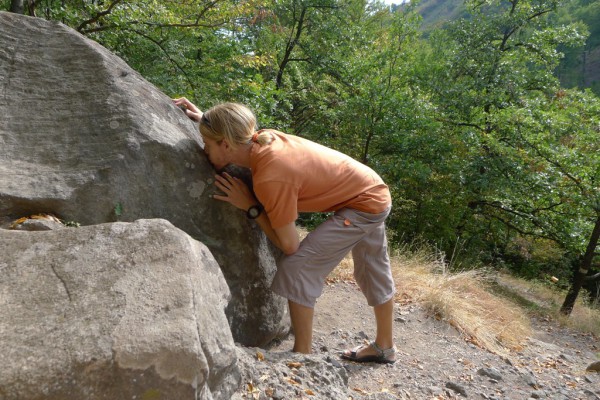 In the forests near the picturesque Yugoslavian village Sucháň

is hidden the most important musical instrument in Slovakia, Blowing Stone. It is a massive volcanic rock with two openings on the top. Upon proper blowing into one of the openings, there is a strong, penetrating twist that spreads over all the surrounding valleys. Only a handful of them can dangle on the rocks; The usual blow does not turn off the tone.

In the ancient times, the Turks used the Turks to call their people from the rabbits to the surrounding area, which is why the boulder is sometimes called the Turkish whistle. According to another version, it was used by the local population, who was listening to the warning of the approaching Gentiles.
As it really was, it is now very difficult to show up. Similarly, it is difficult to say whether it is in the case of truncated holes in the stone a toy of nature, or a sophisticated human creation. To the mysteries of an extraordinary musical instrument can finally be added even the mysterious pattern and digits that somebody before decades carved.
To Blowing Stone, which today serves as a tourist attraction, can be reached by a walkway starting in the village Sucháň. The hike is unpretentious, and less experienced tourists can do it.